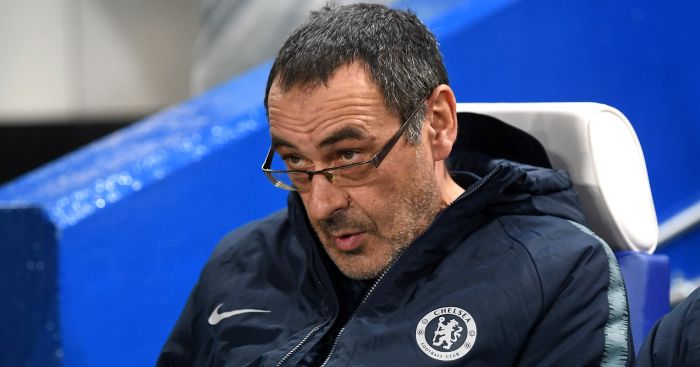 Chelsea and Juventus remain in talks over a Maurizio Sarri compensation package – with any deal set to trigger a move for Frank Lampard.

Juventus are trying to negotiate a deal without the need for compensation, but Chelsea are holding out for the majority of the final year of Sarri’s contract, worth around £5.3m.

Any agreement for the 60-year-old to head back to Italy will then prompt an official approach from Chelsea to Derby for permission to speak to Lampard about becoming Roman Abramovich’s 12th manager in 16 years.

According to Sky Sports, Derby have not yet received any approach for Lampard.

Lampard said he would discuss his future with Derby after the club failed to win promotion to the Premier League following their play-off final defeat to Aston Villa last month.

“I’m not interested in the speculation,” he told Sky Sports after that match.

Sarri has told Chelsea he wants to return to Italy after one season in England and the club have said they will not stand in his way.

He had the option of another year on his contract, but never felt comfortable living and working in England and was frustrated he did not have a close relationship with the decision-makers at Chelsea.

Sarri’s replacement will not be able to sign any new players, as things stand, with Chelsea having appealed against their two-window transfer ban imposed by FIFA to the Court of Arbitration for Sport.

The Europa League champions were sanctioned in February for breaching rules regarding the signing of U18 foreign players, but were unsuccessful in their appeal to FIFA in May.