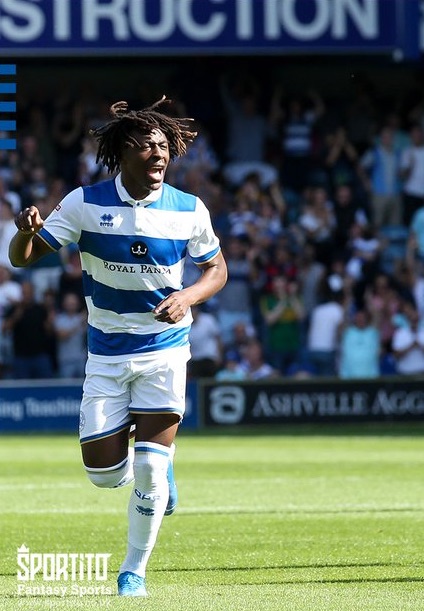 Sportingnews.com reporting the match said the 21-year-old opened the scoring in the third minute, and contributed an assist 25 minutes later as Nahki Wells struck his second to give the Hoops a 3-0 advantage.

Visitors Luton battled back after the half-hour mark, reducing the deficit through Harry Cornick and James Collins, but the Rs held on to secure another victory as their fine start to the season continues.

Despite a fine display, Eze may well have rued not adding to his tally, having twice hit the woodwork as the hosts went in search of further goals.

The Nigerian youngster, who has represented England at U-20 level, completed a game-high three dribbles, and created three goalscoring opportunities during the course of the contest.

Wideman Eze has scored three goals and contributed two assists in seven Championship outings so far this season as QPR have taken 13 points from their opening seven matches.

Eze who is a target for Nigeria’s Super Eagles, was born in Greenwich, Greater London on 29 June, 1998.

He signed for Championship club Queens Park Rangers (QPR) on 3 August 2016 on a one-year contract after a two-year spell with fellow London club Millwall.

On 7 January 2017, he made his first-team debut in an FA Cup tie against Blackburn Rovers, featuring for 18 minutes before being replaced by Yeni Ngbakoto.

The game resulted in a 2–1 home defeat for QPR.

He once trained with the Nigerian senior team, but was not picked by Coach Gernot Rohr. But on 5 October 2018, he was called up to the England national under-20 team and made his debut on 11 October in a 2–1 win against Italy in the Under 20 Elite League.