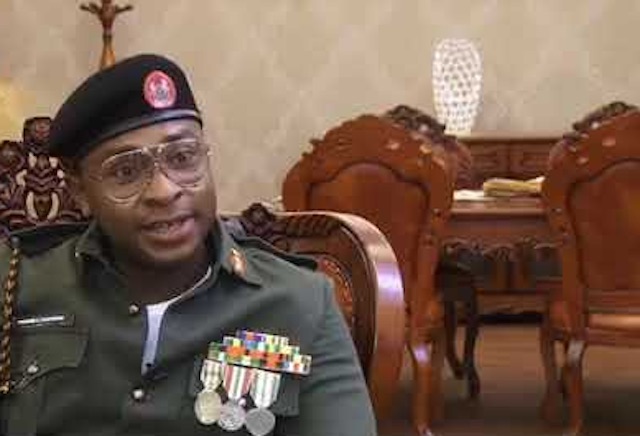 The story of former Nigerian military Head of State, Ibrahim Babangida popularly known as IBB, has been documented in a new biopic, ‘Badamasi: Portrait of a General’.

The film, written and directed by acclaimed filmmaker, Obi Emelonye, explores Babangida’s story from childhood up to his run as the Head of State, also touching several key history points in Nigeria’s history.

In an interview with the News Agency of Nigeria (NAN) on Friday, the filmmaker explained the inspiration behind the film and its importance in modern-day Nigeria.

Emelonye said: “I decided to use the IBB story to explore our history and our political consciousness.

“In a film, what creates drama is conflict. If you are such an easy-going, quiet person, nobody would want to make a film about you which explains the hundreds of films made about Hitler.

“It tells you that the more complex a character, the better their stories will be for film.

“So we started looking for stories of Nigerian leaders that can be used to explore our history. The story of Babangida stood out,” he said.

Emelonye also said that it was important to get Babangida’s authorisation and perspective while making the film to increase authenticity.

He said: “I wanted to make it authorised. I wanted his participation because that is what will make it more interesting.

“This is because most stories are already in the public domain and there will be no point to make a film about it.

“The only thing missing is his personal perspective which we don’t have. For me, his participation was the determining and distinguishing factor,” he added.

On the portrayal of Babangida in the film, Emelonye noted that in history, perspectives differ hence the need to document from Babangida’s perspective.

He said: “Whatever came out as a persona of Babangida was a function of the information from news outlets.

“What I did with this film was to dig deeper into the psyche of the man himself to find his perspective to the things we already know in the public domain,” Emelonye said.

The trailer of the film, starring Eyinna Nwigwe in the lead titular role, has been sparking several conversations on social media as the premiere draws closer.