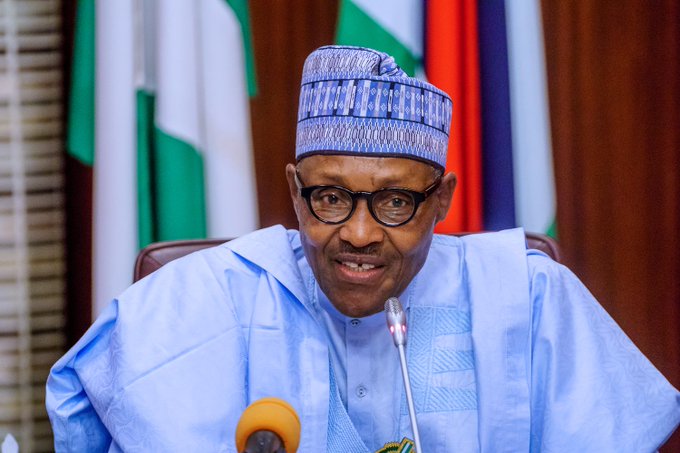 President Muhammadu Buhari on Monday arrived Riyadh, Saudi Arabia, ahead of the third edition of the Future Investment Initiative (FII) Summit slated for between Oct. 29 and Oct. 31.

The presidential aircraft conveying the president and some members of his entourage landed at King Khalid International Airport at 10.02 p.m (Local Time) with the temperature out at 29 degrees centigrade.

The Nigerian leader was welcomed at the airport by the Governor of Riyadh Province, Faisal bin Bandar Al Saud, other Saudi government officials, the Nigerian ambassador to Saudi Arabia, Alhaji Muhammadu Dodo, as well as leadership of the Nigerian community in Saudi Arabia.

An earlier statement by Mr Femi Adesina, the President’s Spokesman, on Monday, revealed that, on the sideline of the FII summit, Buhari would hold bilateral talks with His Majesty, King Salman of the Kingdom of Saudi Arabia and His Majesty, King Abdullah ll of Jordan.

Adesina stated that the President would participate in High Level Event titled “What is Next for Africa: How will Investment and Trade Transform the Continent into the Next Great Economic Success Story?” with Presidents of Kenya, Congo-Brazzaville and Burkina Faso on Wednesday, Oct. 30.

FII is an international platform for expert-led debate between global leaders, investors and innovators with the power to shape the future of global investment.

It is focused on utilising investment to drive growth opportunities, enable innovation and disruptive technologies, and address global challenges.​

In its third consecutive year, attendees will continue to discuss the role of companies, governments and global institutions in working together to achieve prosperity and growth in the long term.

In 2018, deals signed at the forum reached a total value of 56 billion dollars with American companies, accounting for most of the deals signed, according to Saudi Energy Minister, Khalid Al-Falih.

At the end of the summit, Buhari will on Saturday, Nov. 2, proceed to the United Kingdom on a private visit.

The President is accompanied by Governors Babagana Zulum of Borno, Abubakar Bagudu of Kebbi and Aminu Masari of Katsina State.