Arsenal players back Xhaka after clash with fans 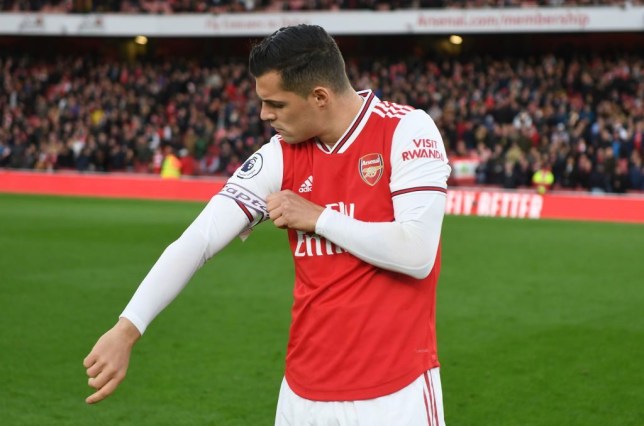 Arsenal’s players have said Granit Xhaka should retain the club’s armband despite the rift with fans.

The Gunners goalkeeper, Emiliano Martinez says the club’s skipper still has the support of his team-mates following his clash with the club’s supporters in last Sunday’s 2-2 draw with Crystal Palace.

“The manager decides if he’s the captain or not. But for us as a group, as a leader, we support him all the way,” said Martinez.

“He’s a lovely guy, he’s a bit devastated because he has got a good family, a good heart and he loves the club. When someone goes through that, we have to support him and we are together. We wanted to win the game for him.

“It was a shock because we know how much he cares about the club. Everyone has emotions. At that time he wasn’t thinking much about that, because we were 2-2 and the fans wanted to win the game. It was a bit nervous in the stadium but I think if he does it again he won’t think about that, he will come off quick.”

Despite pressure from above, Xhaka has yet to apologise for telling the Emirates crowd to “f**k off’ as they jeered him from the field while being substituted during last weekend’s 2-2 draw with Crystal Palace.

Unai Emery, head of football Raul Sanllehi and technical director Edu have all urged the midfielder to say sorry for his reaction.