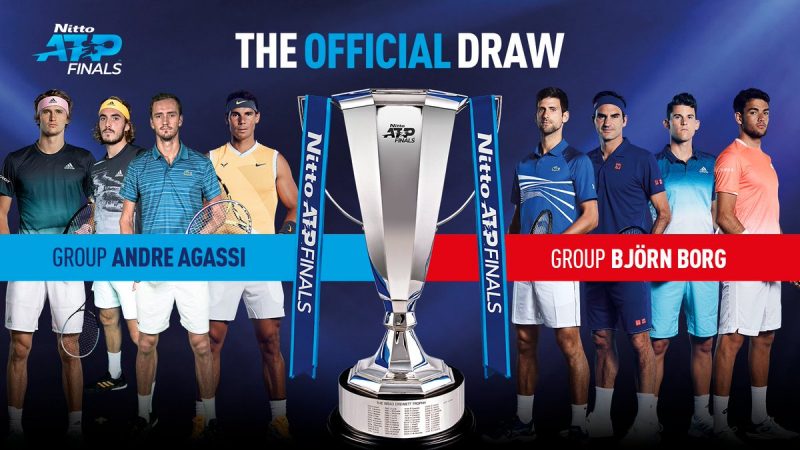 The draw for the season-ending ATP Finals in London has been done with Novak Djokovic grouped with Roger Federer in the Group Bjorn Borg. Austrian Dominic Thiem and debutant Matteo Berrettini are also in the group.

The doubles draw for the 2019 #NittoATPFinals.

Who's your pick to reach the semi-finals? pic.twitter.com/946pk93nF6

The finals, taking place from 10-17 November got a boost from Nadal on Tuesday, when he expressed his willingness to participate. He had skipped a semi-final tie in Paris last week, on account of injury.

“Yesterday I had an MRI in Majorca and despite a slight strain to the left abdominal muscle I will go to London,” tweeted Nadal.

“Thursday or Friday I will start hitting services. The idea is to play the ATP Finals. Thanks for your support.”

However, Djokovic would be sure of reclaiming the year-end top ranking should he win the tournament and Nadal fail to reach the semis.

If Nadal fails to win even one round robin match, Djokovic could be crowned world number one simply by reaching the final after two group-stage wins.