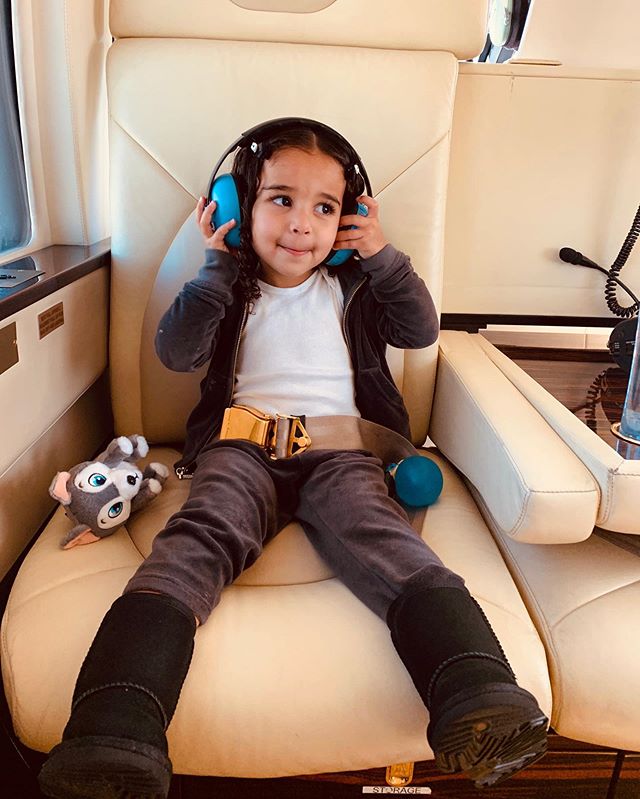 Kylie Jenner made sure Dream Renée’s 3rd birthday was an unforgettable one!

To celebrate the special day, the 22-year-old reality star took her niece on her very first helicopter ride over Los Angeles on Sunday.

“took dream on her first helicopter ride,” Jenner wrote over a photo of the birthday girl smiling in front of the helicopter on her Instagram Story, adding, “happy birthday baby girl.. you are a gift.”

Jenner later gave followers a glimpse into the birthday flight, recording the view as the helicopter made its way over the iconic “Hollywood” sign on Mount Lee.

Earlier that day, Dream’s dad and Jenner’s older brother, Rob Kardashian, also shared a few photos of his daughter from the celebratory helicopter ride while wishing his little girl a happy birthday.

In the images, Dream, who’s dressed in a matching grey track set, stands in front of the helicopter while holding a cupcake covered in sprinkles. In another shot, the birthday girl smiles as she puts on a pair of protective headphones inside the aircraft. 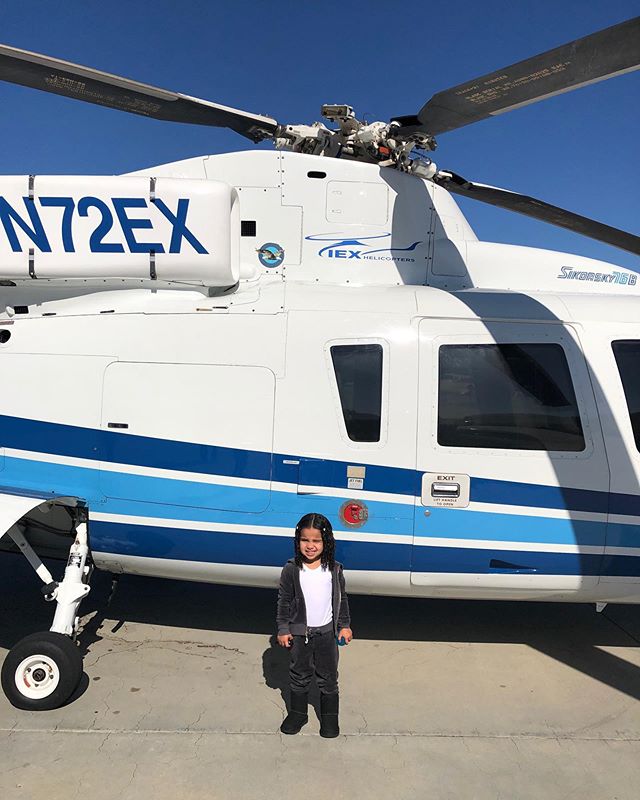 Her sky-high celebration comes just a few days after some members of Kardashian-Jenner brood got together for an intimate celebration on Friday. It was attended by many of her cousins, including Kim Kardashian West’s daughter Chicago, 21 months, and son Psalm, 5 months, as well as Khloé Kardashian’s daughter True, 18 months.

“Dream is very special to Rob’s family. She is the sweetest girl and everyone loves her. Of course, they wanted her to have a special birthday party with all of her cousins,” a source told PEOPLE.

The KKW beauty mogul later shared a series of photos on Instagram to pay tribute to the birthday girl, showing the special bond between Dream and her cousin, Saint West, 4 next month.

“Happy Birthday sweet Dreamy! We all love you so very much!” the mother of four captioned the photos. “Going through my phone and see so much of you and Saint makes my heart so happy that you all are so close and have each other 💕.”

The insider also opened up about Rob’s relationship with Dream’s mother, Blac Chyna, and said that the pair have been able to “co-parent better now.”

“Rob is a good dad. He is very protective of Dream. Things with him and Chyna have calmed down. They are able to co-parent better now. Both of them seem to just focus on what’s best for Dream,” the source told PEOPLE.

On Saturday, Dream’s mom held a separate Princess Jasmine-themed party for the birthday girl. The mother-daughter duo dressed up as the famous Disney princess and was graced with the presence of Princess Jasmine herself. Yahoo Entertainment reports.