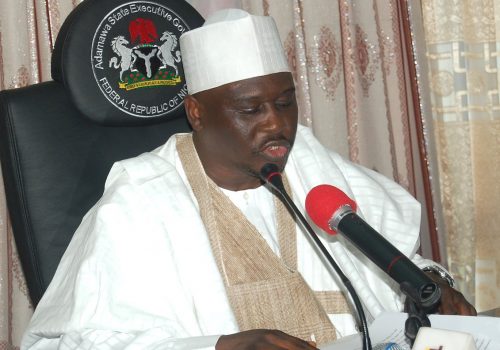 The government announced this in a statement signed by Humwashi Wunosikou, Press Secretary to Fintiri, on Wednesday in Yola.

Shagah’s appointment followed the demise of Honest Irmiya Stephen, the 28th ruler of Bachama Kingdom in Numan/Lamurde local government areas of the state.

The late monarch, who succeeded late Asaph  Zadok,  the 27th Hama Bachama, had reigned for eight years before his death on June 28.

Wunosikou quoted the governor as congratulating the new Hama Bachama and the kingmakers for a peaceful process that informed the choice of Shagah.

Fintiri said: “Shaga, a trained Narcotics Officer and technocrat, no doubt, can lead his people right.

“I believe he will build on the legacies of late Honest Stephen, who stood tall during his reign in peacebuilding initiatives.’’

The governor praised the peaceful disposition of the new ruler and urged him to bring his experience to bear in the development of the Bachama Kingdom, and the state at large.

He further charged leaders of the kingdom The governor appealed to maintain peace and ensure the preservation of the cultural norms of their forefathers.