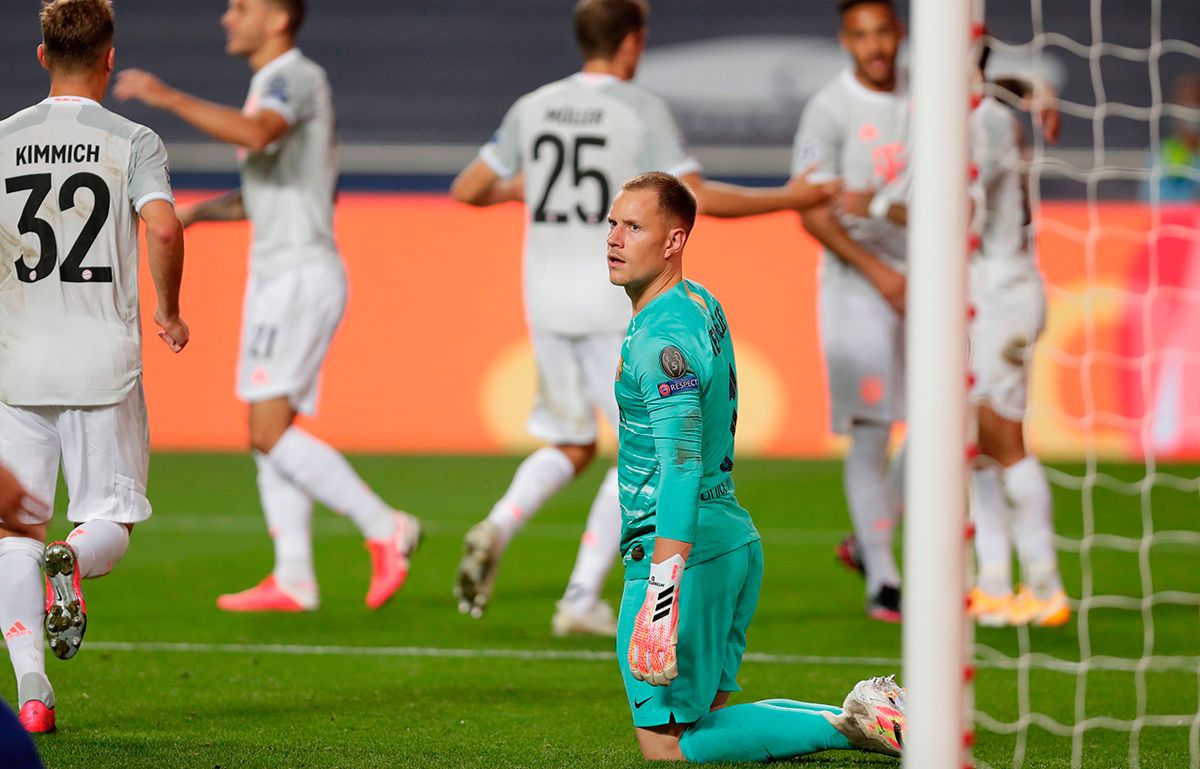 FC Barcelona goalkeeper Marc-Andre ter Stegen is set to undergo knee surgery having had trouble with his patellar tendon this season, the Spanish La Liga club said on Monday.

The Germany international played 46 times for FC Barcelona in the outgoing season.

It was a season which culminated with Friday’s humiliating 8-2 defeat by Bayern Munich as the Spanish side were knocked out in the 2019/2020 UEFA Champions League quarter-finals in Lisbon.

However, the goalkeeper was still one of the brighter sparks in a season where FC Barcelona failed to win a trophy for the first time in 12 years.

“Based upon the exchange with the medical team the first team player Marc ter Stegen will do a voluntary medical intervention tomorrow (Tuesday) on his right patellar tendon,” the club said in a statement.

“It is a proactive measure which is now done in order to prevent and prepare for the future, since the player had some irritations on the tendon earlier in the season.”

The club did not say how long the 28-year-old would be sidelined for, with the new La Liga season starting in less than four weeks on Sept. 12.

Ter Stegen kept 14 clean sheets in the league as FC Barcelona finished second, conceding the lead and then the title to rivals Real Madrid after the restart.