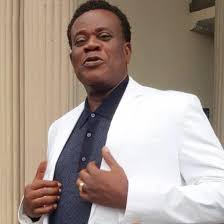 Attempt by the Peoples Democratic Party (PDP) and Governor Nyesom Wike to kick  Ephraim Nwuzi, the lawmaker representing Etche/Omuma Federal Constituency out of the House of Representatives suffered a major setback at the Federal High, Port Harcourt on Friday.

PDP had asked the court to declare the  Etche/Omuma Federal Constituency seat vacant over defection of Nwuzi to All Progressives Congress, APC from PDP.

But Justice Kolawole Omotosho discontinued further hearing on the matter sequel to a motion on stay brought by Nwuzi through his Counsel, Tuduru Edeh SAN that his client has appealed the court’s decision to go ahead with hearing the matter despite the objection he raised on the territorial jurisdiction of the Federal High Court to hear the suit.

Despite heated and vigorous objection raised by the plaintiff’s Counsel, Ifedayo Adams Adedipe, SAN, Justice Kolawole Omotosho ruled that for justice not only to be served but seen to be served, he would stand down further hearing on the matter till January 21, 2021 when the defendant/respondent’s Counsel will update the Court with the progress of the matter at the Appeal Court.

Hon. Ephraim Nwuzi decamped to APC recently, a development said to have irked the leader of PDP and governor of Rivers State, Nyesom Wike, who has vowed to do everything possible to retrieve the House of Representatives seat of Etche/Omuma Federal Constituency seat from the lawmaker.

Speaking to reporters after the court session, the former Rivers State Publicity Secretary of APC, Warisenibo Chris Finebone called on the PDP and Gov. Wike not to carry an elephant carcass on their head and be fiddling snails with their feet.

“Governor Wike and his party should leave Hon. Ephraim Nwuzi alone and face the giants such as Governor  Umahi of Ebonyi State and others who have left and are still leaving the PDP across the nation. For crying out loud, the governor should concern himself with stemming the nationwide exodus the PDP is witnessing and let Hon. Nwuzi be,” Finebone stated.