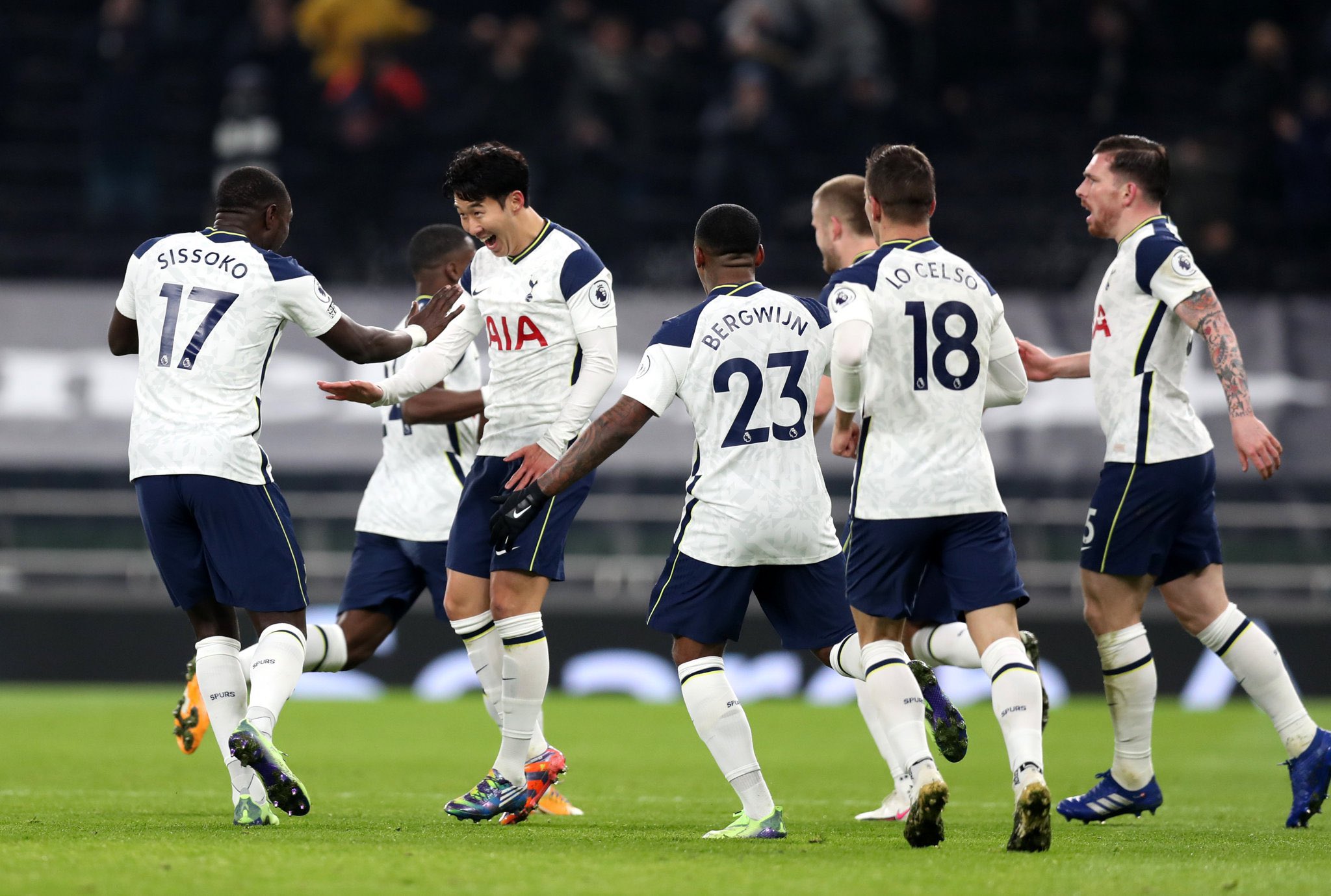 The result also returned Jose Mourinho’s team to the top of the Premier League.

Arsenal dominated the possession, but Tottenham scored the goals.

Arsenal had all of the ball in the opening minutes but failed to test Hugo Lloris and when they had the chance to score by crossing into the area, it led to Tottenham’s opening goal. Eric Dier headed away, Steven Bergwijn helped it on to Kane, who held the ball up and pinged it out wide left to Son.

Son advanced down the flank before cutting on to his right foot and curling a sumptuous effort from 25 yards out past Bernd Leno’s despairing dive, his 10th goal of the season.

After the first goal which came in the 13th minute, Arsenal regained loads of the ball possession but could not break the stubborn defence set up by Jose Mourinho.

And when the Arteta team thought they could recover from a goal down, Tottenham added another goal on the stroke of half-time.

The goal again came from another promising Arsenal attack. Serge Aurier nipped in to steal the ball from Pierre-Emerick Aubameyang and took four Arsenal players out with an excellent threaded pass to Giovani Lo Celso.

The counter-attack was on-again, Lo Celso finding Son who moved into the box and touched off to Kane and he slammed left-footed past Leno.

Arsenal carried more of a threat after the interval. Just two minutes into the second half, Lloris saved right on his line from Alexandre Lacazette’s flicked header.

Aubameyang also headed Kieran Tierney’s cross over the bar and Tottenham’s goalkeeper was there again on 68 minutes, just managing to push another Lacazette header away for a corner.

Despite the pressure from Arsenal, Mourinho’s team were so solid at the back. Everyone in the team played their part, made key blocks, won vital headers, timed tackles to perfection and prevented the Gunners from finding a way through.

However, Arsenal possession amounted to nothing as all 3 points were lost to Tottenham.