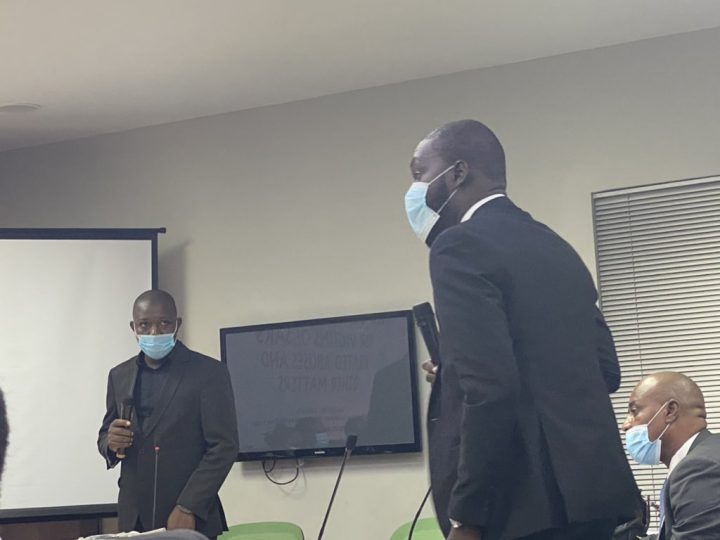 DSP Ibrahim Yusuf, a Police witness confirmed Adeyemo Rotimi’s claims that his mother was shot by SARS officials in Mushin.

The DSP told the panel on Tuesday how the victim, Kudirat Adebayo, the petitioner’s mother was hit by a stray bullet on April 4, 2017.

The officer said that a team of policemen attached to Mushin Olosa police station while on metro patrol had tried to arrest one Kayode Yusuf.

The witness said that the suspect resisted arrest and the patrol leader, Inspector Augustine gave his gun to one Sergent Chibueze Njoku as he tried to force the suspect into the patrol vehicle.

“In the cause of the struggle to get the suspect into the vehicle, Sergent Njoku shot sporadically and it hit the victim Kudirat,” the witness narrated.

He said the atmosphere became tense after the shot was fired and the officers returned to the station. “Later they went back to retrieve the body of Kudirat and she was confirmed dead at the hospital,” Yusuf said.

He said the case was transferred to the homicide department of the State CID, Panti where he works.

After inheriting the case, he said they moved to arrest all the officers involved in the operation but that Sergent Njoku had fled after realizing the enormity of the crime he committed.

DSP Ibrahim told the panel that an arrest warrant was issued and pasted at his last job, his home, church, and everywhere he goes frequently to enhance his arrest.

The arrest warrant was admitted in evidence alongside the police gazette declaring Sergent Njoku wanted and legal advice issued by the Lagos Directorate of Public Prosecution recommending his prosecution.

The case was closed after the witness’ testimony and Justice Doris Okuwobi asked parties to file their closing arguments which is to be adopted on the next adjourned date of January 26, 2021.