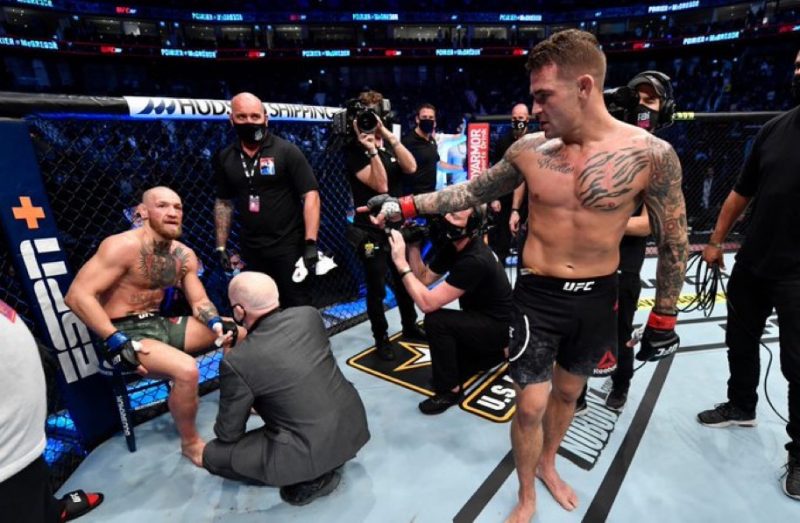 Dustin Poirier avenged his 2014 knockout by stunning Conor McGregor with a knockout of his own, stunning the Irish showman in the second round.

Poirier had survived early blitzes from McGregor, in the rematch on Fight Island in Abu Dhabi when he landed his shocking upset victory by second-round knockout.

CBSSports.com reported that McGregor came out fast, flashing his trademark speed and power, and even dipping back into the same shoulder strikes that led to the knockout of Donald Cerrone in his January 2020 return to the Octagon.

Through it all, Poirier remained steady, working over McGregor with leg kicks, eventually taking the base of the Irish superstar before blitzing him with punches, dropping him to the canvas and scoring the knockout at the 2:32 mark of Round 2.

The leg kick attack was a constant through the round and a half of action, with Poirier never deviating from the plan. When McGregor landed and rocked Poirier’s head back, Poirier would reset and immediately look to land the thudding kicks to McGregor’s calf.

Once McGregor seemed to have trouble moving effectively, Poirier keyed in and amped up his volume punching.

“The leg kicks were good,” McGregor said after the loss. “The lower calf kick was very good. My leg was dead, man.”