2023: Saraki meets PDP Board of Trustees 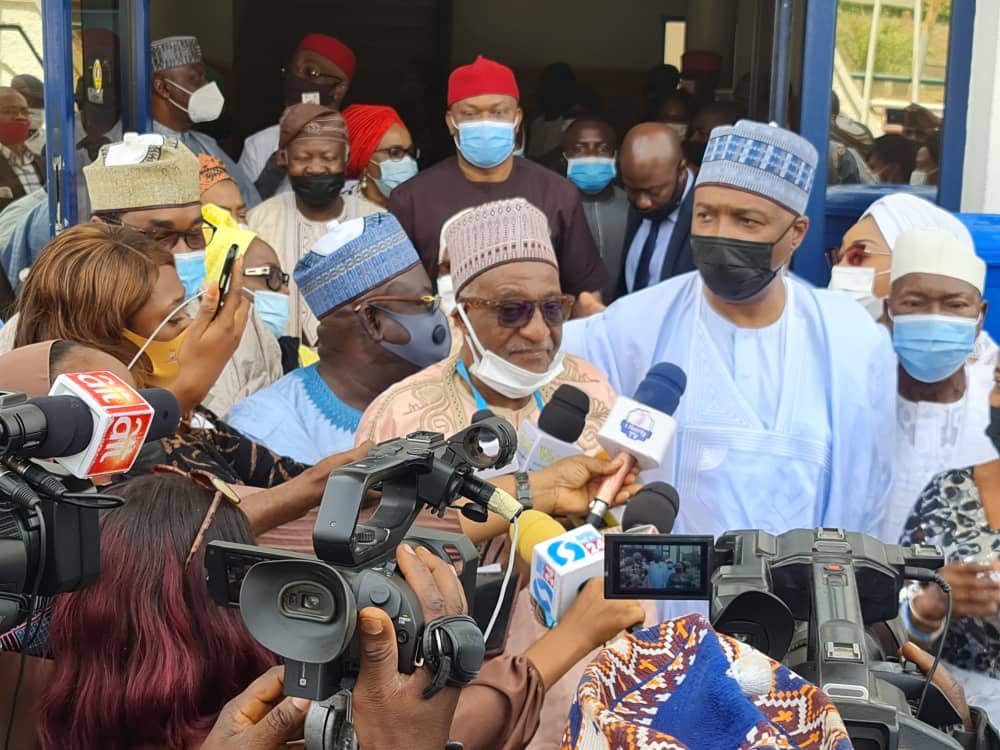 The Board of Trustees of the Peoples Democratic Party (PDP) has expressed confidence in the Sen. Bukola Saraki-led Reconciliation and Strategy Committee of the party towards the unity of purpose ahead of the 2023 poll.

PDP Board Chairman, Sen. Walid Jubril made this known while speaking with journalists after the committee’s meeting with the board members on Thursday in Abuja.

Jubril said that with the caliber of people in the committee, the BOT was sure that the PDP would come out stronger and united ahead of the 2023 elections.

“We are giving them 100 percent support to carry out this assignment. They are fearless. They should not fear anybody and no issue of money should be involved in this exercise.

“We trust Saraki. We know he is the kind of person that cannot be bought by anybody. So we will fully support him and continue to give him our 100 percent support,” he said.

Jubril said the board had given its recommendations to the committee, believing that it would enrich its report and assignments.

Jubril who said that majority of members of the committee members were BOT members, said the board was happy with the committee, expressing confidence that it would deliver a very good result.

Saraki described the meeting as fruitful.

“It looks like the party was a bit quiet or people were not sure what was going on, but I think what the committee is doing has inspired a lot of enthusiasm.

“It is a good sign and the work has just begun,” he said.

He said the committee would reach out to stakeholders in the party including some of the founding members who were no longer active in politics.

“We are going to reach out to everybody. Everybody matters. Everybody has a role to play. As I said yesterday that we started the process with the former president.

“Yesterday was with former governors and deputies. Today we are meeting with BOT. We are reaching out to former leaders of the National Assembly, founding fathers.

“Next week, hopefully, we are having sessions with women and youths to bring them together on issues of reconciliation and more participation and other issues.

“We intend to reach across the entire length and breadth of the country,” he said.