Pay the money you owe me now, don't wait till I die to mourn: Coach Izilein begs NFF 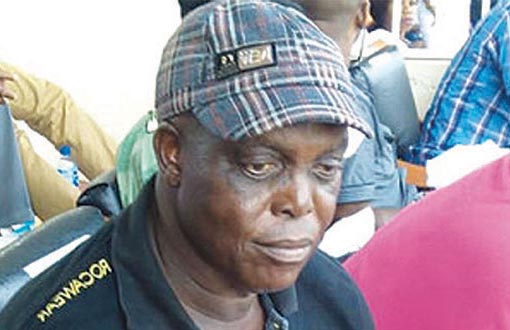 Godwin Izilein, a former coach of the Super Falcons, has pleaded with the Nigeria Football Federation (NFF) leadership to pay to him his outstanding match bonuses of 28,750 dollars (about N12 million).

Izilein, who made the plea while speaking with the News Agency of Nigeria (NAN) on Monday in Benin, also said NFF should not mourn him at his death.

The coach, who once handled the Golden Eaglets, said it was regrettable that the football governing body was yet to pay him match bonuses of 28,750 dollars 17 years after.

“The unpaid allowances are my reward for taking the female national team to Johannesburg in South Africa in 2004 where Nigeria won the African Women Championship (AWC).

“I don’t know what my offence is that they have refused to pay me this money. I have written and personally met with heads of NFF at different times. Yet, the story remains the same.

“The last time was when I met the present NFF President, Amaju Pinnick, in the presence of Gov. Godwin Obaseki of Edo, where I again tabled the matter.

“Though he (Pinnick) expressed shock that I was yet to be paid, but he promised to do something quickly about it. However, up until now, two years after, the story is still the same.

“But I am only interested in my money, not an addition. I don’t know if it has now become a crime to serve one’s fatherland. Or, why will I be pursuing what I labored for after 17 years?

“I should be honoured while I am still alive and not when I am gone. NFF should honour me now by paying me the money and not cry and write glowing tributes when I am dead,” Izilein declared.”