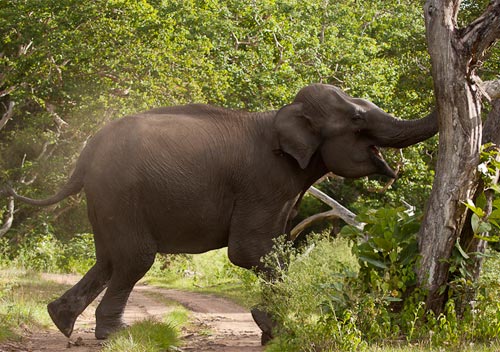 Abner Petrus, a 46-year-old farmer has been trampled to death by an elephant in northern Namibia, police confirmed Monday.

According to Omusati regional commander, Commissioner Titus Shikongo, the deceased was trampled by an elephant at the Okatha- Kiikombo Village in the Okatseidhi area on Sunday.

Petrus together with his wife and daughter were trying to chase away a herd of elephants that invaded their crop fields.

“It is alleged that the man and his family managed to drive the animals out of the field and after they tried to chase them further away into the bushes.

“In the process, one elephant emerged from behind and attacked the man,” he said.

He said the conflicts with humans involved elephants, buffaloes, and other animals mainly in the north and northeastern parts of the country.

Shifeta said the country had resorted to auctioning off some of its elephants while relocating others to national parks as they are causing the most damage to crops, water infrastructure, and property in nine of the fourteen regions. (Xinhua/NAN)