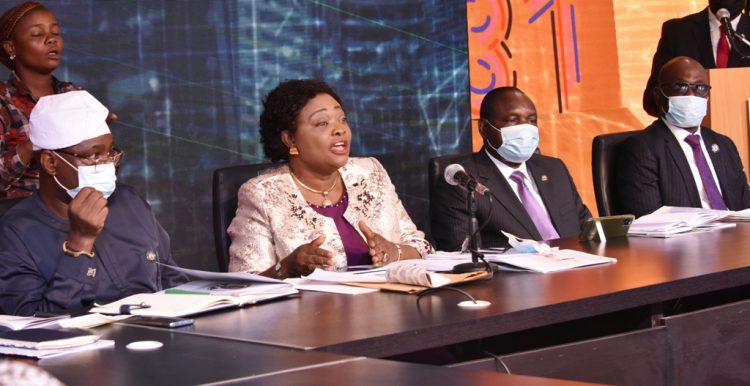 The capital base of cooperative societies in Lagos State has hit N33 billion, Commissioner for Commerce, Industry and Cooperatives, Dr Lola Akande disclosed on Monday.

Akande said there are 2,359 cooperative societies in the state.

Speaking on Monday at the 2021 ministerial press briefing to commemorate the second year of Governor Bababjide Sanwo-Olu, Akande, also said the cooperative insurance scheme has made payment of N50,702,337.

She added that 247 new cooperatives were registered, 807 annual account approved, with 410 mediation and 1,693 routine inspections conducted in the last one year.

According to her, as part of efforts to ensure best practices, the ministry is championing that the course of the Lagos State Cooperative College is accredited by the National Board for Technical Education (NBTE) to run national diploma in the field of cooperative economics and management and microfinance and entrepreneurship development.

Akande noted that the college from time to time has organised various human capacity building programmes for over 4,000 cooperators in the state.

The commissioner revealed that as part of effort to ensure consumer satisfaction, the Lagos State Consumer Protection Agency (LASCOPA) has recovered over N44 million as compensation and outright refund of payment for returned substandard goods and services for various categories of consumers in the state. She also said that LASCOPA through its mediation sessions received 1018 complaints.

Akande also said in the period under review, 148 harmonised inspections were carried out, with 92 routine inspections carried out in work places as a means of ensuring improved welfare packaged for the employees with relevant regulations.

On the Lekki Free Trade Zone, she said the project which is now at 47 per cent completion has 40 free zone enterprises as at February 2021, while another 10 would commence operations at the end of second quarter this year with trial operations beginning in the third quarter of 2022 with commercial operation expected to begin at the first quarter of 2023.

In line with the THEMES AGENDA of Governor Babajide Sanwo-Olu in making Lagos a twenty-first century economy, Akande said the Ministry set up SMEs hub and E-commerce platform to assist MSMEs in the state.