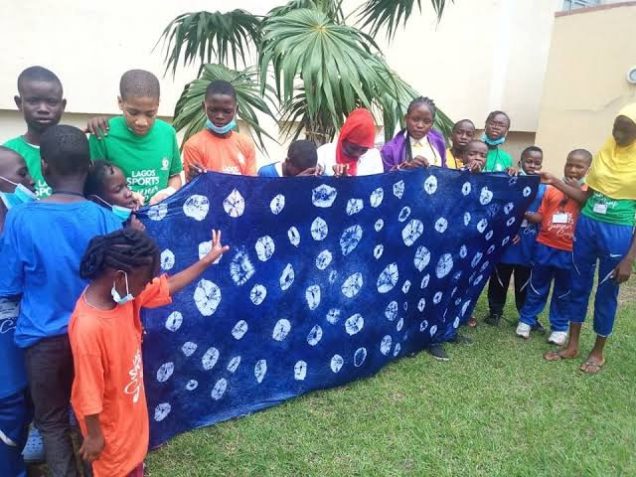 The much-anticipated Season 2 of the Lagos Sports Summer Camp, has kick-started in Badagry. This year’s edition is holding across the three Senatorial district in Lagos State.

The Lagos West camp opens at Badagry Grammar School even as subsequent sessions will be starting in days to come.

The second and the third legs of the camp will hold at Ikorodu for Lagos East and Surulere for Lagos Central from 21st to 27th August; and 29th of August to 4th of September, respectively.

The Summer Camp, an initiative of the Lagos State Sports Commission, was designed for pre-teens between ages 9-14 in a secured and conducive environment with caring and experienced camp counselors to guide them throughout.

According to the camp’s official website, “The Lagos Sports Summer Camp is borne out of the need to design a conducive environment where kids come together to develop a sense of independence as they try new adventures away from home.

The camp will further help the participants gain self-confidence as they engage in both academics, sporting activities and to learn new life-skills.”

No fewer than 360 students drawn from public and private schools across the State will partake in the 2021 edition of the camp.

Speaking with newsmen, the Director General of the Lagos State Sports Commission, Toyin Gafaar Bolowotan, said this year’s camp will expose the participants to basic rudiments of sports such as Judo, table tennis, athletics, volleyball, board games, basketball, robotics as well as entrepreneurial and vocational skills.

“We recognize that our kids learn very fast. Our intention is to keep them meaningful engaged and bring out the best in them.

“The Camp will be a combination of sports, education and craftsmanship. There would also be many life-changing talks,” he said.

Bolowotan urged the campers to make the best of the knowledge they would gain from the seasoned instructors and camp counselors, adding that the Camp offers them an opportunity to become better and responsible citizens who will contribute to national development.