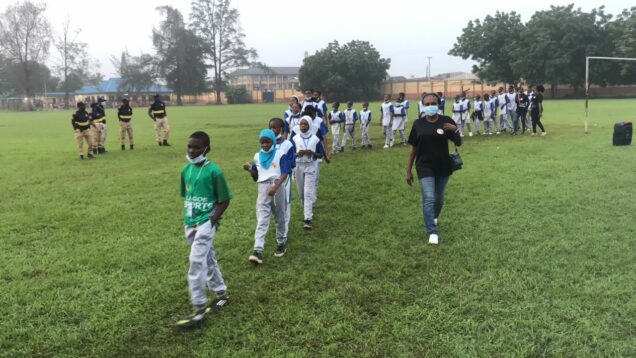 No fewer than 120 pupils have been camped at Oriwu College, Ikorodu, as the second stream of the Lagos Sports Summer Camp, Lagos East edition, commenced on Sunday.

The Summer Camp, an initiative of the Lagos State Sports Commission, was designed for pre-teens between ages 9-14 in a secure and conducive environment with caring and experienced camp counsellors to guide them throughout.

According to the camp’s official website, “The Lagos Sports Summer Camp is borne out of the need to design a conducive environment where kids come together to develop a sense of independence as they try new adventures away from home. The camp will further help the participants gain self-confidence as they engage in both academics, sporting activities and to learn new life-skills.”

The Ikorodu Camp was declared officially opened by the Director-General of the Lagos State Sports Commission, Toyin Gafaar Bolowotan.

“Our goal is to discover the inbuilt talents in our kids particularly in sports, and craftsmanship. We believe that beyond academics, they have the potentials to be the best at whatever they choose to do,” he said.

To make the camp an all-inclusive learning environment, the DG made it known that all campers for the duration of their stay in the camp would be provided with different books for their reading pleasure.

While promising that campers will undergo a life-changing experience, Bolowotan thanked the Lagos State governor, Mr Babajide Sanwo-Olu for bringing the idea to life, and providing the needed support.