Ronaldo on duty for Portugal in 3 matches in 7 days 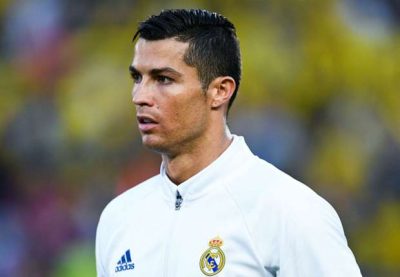 Cristiano Ronaldo on duty for Portugal

Cristiano Ronaldo will play in all three of Portugal’s fixtures during the international break following his return to Manchester United, head coach Fernando Santos said.

This is his second spell following his successful first stint at Old Trafford between 2003 and 2009.

Amid the hype in Manchester, Ronaldo’s attention has swiftly turned to matters with Portugal as Santos’ men prepare to face Republic of Ireland in a World Cup qualifier later on Wednesday.

Portugal will also meet Qatar in a friendly on Saturday before resuming their road to Qatar 2022 against Azerbaijan on Tuesday.

As Ronaldo stands on the cusp of breaking his tie with Ali Daei for the most international goals in men’s football (109), Santos confirmed the 36-year-old’s availability.

“I am interested in Ronaldo and Bruno Fernandes’ motivation while playing for the national team.

“You’re a British journalist, you can ask them about Manchester United when they are back at their club,” Santos told reporters.

“For me, the important thing is that they will be focused on the national team. I can say that they are motivated for the three matches we have ahead of us.

“There is no doubt that Ronaldo and all the players are able to play against Ireland. I understand all the attention we get because of him. He is going to play in three matches.

“We have to manage them across all the games, but mostly the second. It is always important because it is a national team match.”

Ronaldo has netted 674 times across 895 club games in all competitions, averaging a goal every 108 minutes.

Those 674 goals break down into 122 with his supposedly weaker left foot, 110 with his head and 440 with his favoured right boot.

Following his arrival as a fresh-faced teenager from Sporting in 2003, he scored 118 times for United across 292 appearances before his departure in 2009.

Ronaldo is a five-time winner of the Champions League, leading the all-time scoring charts with 134 goals in 176 games, 14 ahead of second place, and eternal rival, Lionel Messi.