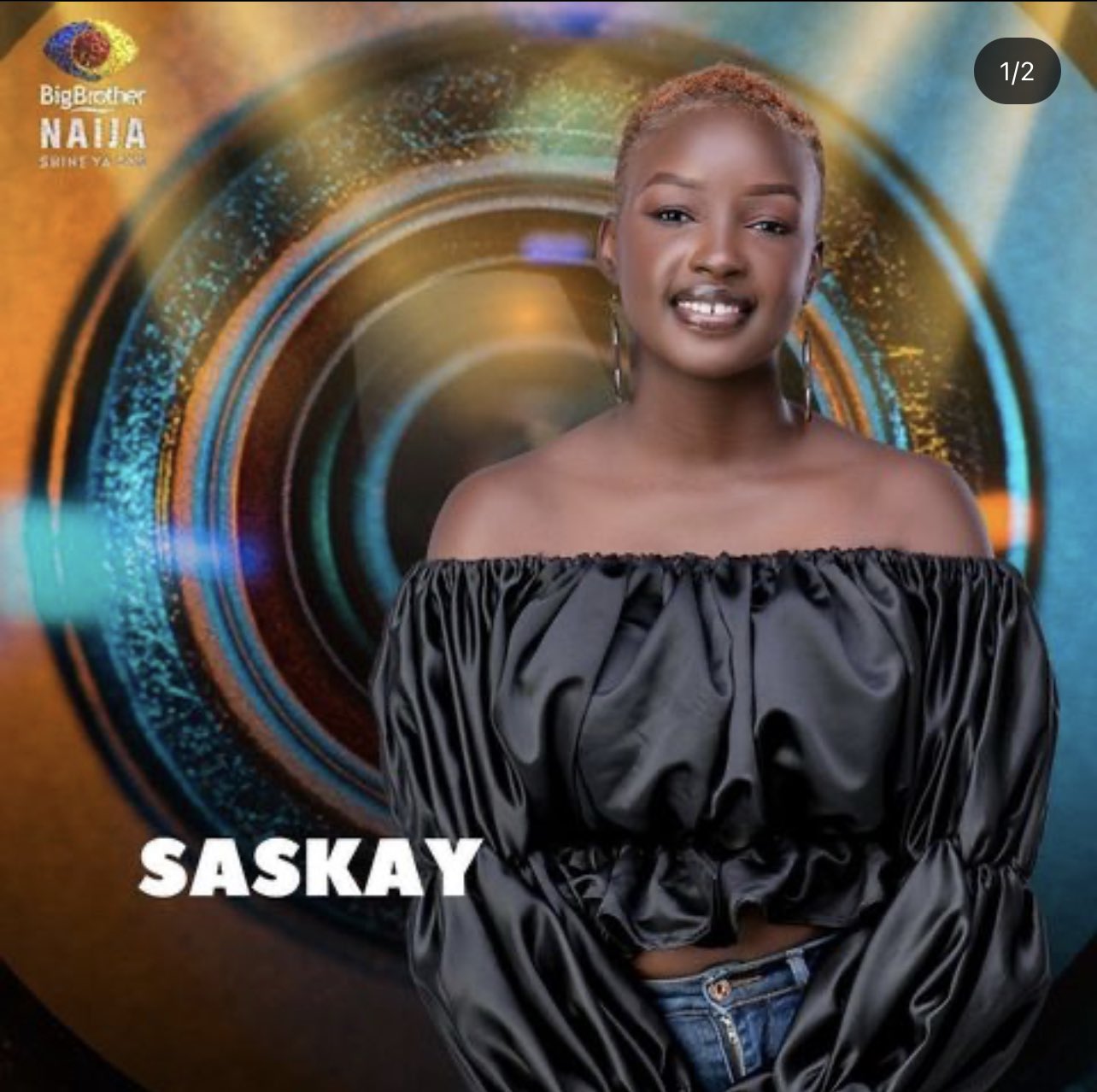 Another housemate, Tsakute “Saskay”Jonah has been evicted from the Big Brother Naija (BBNaija) House.

She was the second evicted housemate after Yousef on Sunday.

Five of the housemates, Angel, Cross, Emmanuel, Yousef and Saskay were nominated for possible eviction on Monday.

Saskay, is not going home empty handed as she won a grand prize of N1.55m for emerging first in last Friday’s arena game, sponsored by Piggyvest.