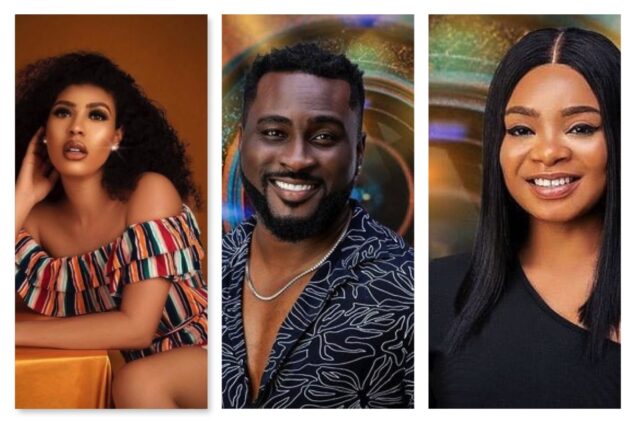 Former U.S Military, Pere Egbi has exited the BBNaija House, but he has not been evicted, in a shocking eviction night twist.

Angel also exited but she is not leaving yet.

But Queen, Nini and her love interest Saga have been ejected and have performed the ritual of valedictory interviews with Ebuka, the host.

It turned out too that Angel made a similar exit like Pere, with both now asked to duel in a game in the White Room.

One of them will have the opportunity of going back into the House and getting a spot in the final week if they carry out Biggies assignment properly.

When prompted, they will dismantle the toy truck in front of them. The person that does it faster will win the Task and join the four finalists.

They are Emmanuel, Liquorose, Cross and Whitemoney.

The loser will go home.

Pere was earlier nominated along with Angel, Nini, Saga, Whitemoney and Queen for possible eviction.

Pere otherwise known as “The General” came on the reality TV show as a wildcard.

The 36-year-old was born and raised in Warri, Delta.

Raised by a single mother, Pere is the first son of two children in his family.

Saga after his eviction, disclosed that he would pursue a career in modeling as well as acting and continue in his career as a Visual Artist.

The show is now in its final week, as the winner of the television reality show would be announced on Oct. 3.

*This corrects our earlier story