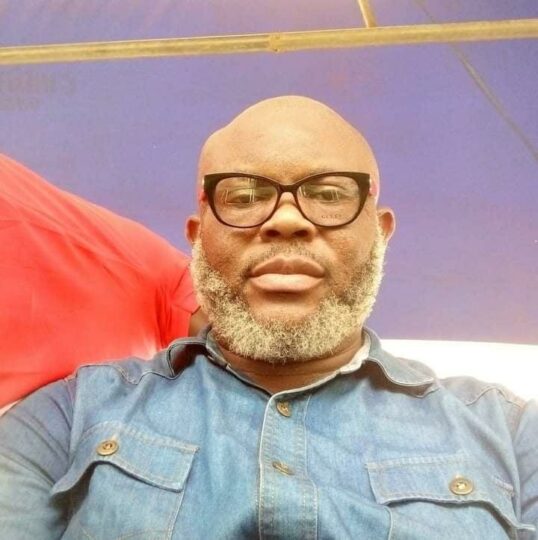 Prince Chinedu Onyeche, the Chief Security Officer, CSO, of Etche local Government Council Area of Rivers has been arrested by the police for allegedly assaulting and stripping the leader of Council’s Legislative Assembly, Mrs Cynthia Nwala.

It was gathered that Onyeche was arrested by the officials of Rivers Police Command on Friday.

Nwala had accused the Chairman of the Council, Obinna Anyanwu, of ordering the CSO to beat her up and tear her clothes over her attempt to take custody of the mace of the legislative assembly to avert attempt to impeach her.

Onyeche was arrested four days after fracas at the Local Government Council Secretariat.

The assault of the councilor had provoked outrage in Rivers State.

On Thursday, a group of women from the Etche area of Rivers stormed Government’s House, Port Harcourt in protest over the assault of the female councilor.

The woman demanded for justice, arrest and possible prosecution of the CSO and others fingered in violet act on the female councilor and willful damage of her car.

The group made the commendation in a press statement jointly signed by its Chairperson, Comrade Susan Serekara- Nwikhana, NAWOJ Rivers State and Ngozi Anosike

“We wish to state that we are aware that the CSA, Prince Chinedu Onyechi has been arrested and investigation ongoing, but appeal that the Police use their good offices to ensure justice is served without fear or favour”.

“While thanking the Police Command for the prompt actions taken, we are also calling on the police authorities to ensure that all those who were involved in that dastardly act of the brutal assault and malicious damage to the properties of the Leader of Etche Legislative Assembly are brought to book so as to put an end to such acts in the future,” NAWOJ said.

The association also asserted that Women play a great role in our society and must be protected from women beaters such as the likes of Prince Chinedu Onyechi.

The group said it was aware that the CSO, Onyechi was at the State Criminal and Investigation Department, SCID, on Friday October 8, 2021 in relation to investigation of the assault he allegedly carried out on Nwala.

The female journalists called on the Police to do all within its power to ensure that thorough investigation is done on the issue.

It also urged the police to investigate alleged boast of the Council Chairman, Obinna Anyanwu, that he will use his connection to ensure the release of the CSO.

However, the group vowed to keenly follow up the  matter to its logical conclusion.