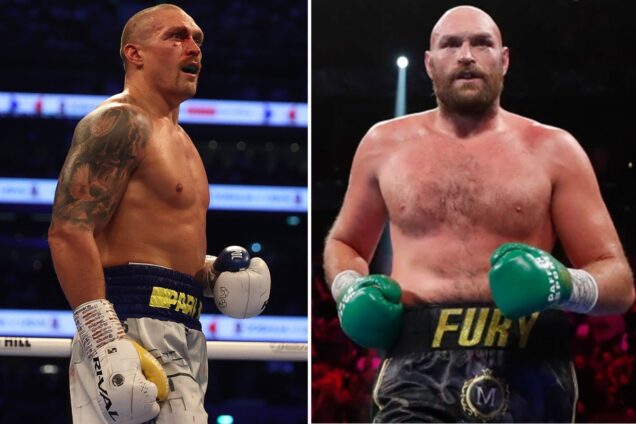 The new world WBA, IBF, WBO and IBO heavyweight champion, Oleksandr Usyk is plotting a fight with Tyson Fury after a rematch with Anthony Joshua.

Usyk’s promoter, Alexander Krassyuk revealed on Tuesday to Sky Sport that the match will be after Usyk-Joshua rematch.

Usyk, according to his promoter has one eye on a fight with Fury which would unequivocally decide the heavyweight division’s No 1.

The promoter revealed that the fighter was impressed with Fury’s fight against Wilder as they both fought without showing boxing skills.

“He was. And he was impressed with how the boxers fought without showing boxing skills. They were trying to (badly hurt) each other,” Krassyuk said.

Fury has also been targeted by Dillian Whyte, who will establish himself as the WBC mandatory challenger if he overcomes Otto Wallin on October 30.