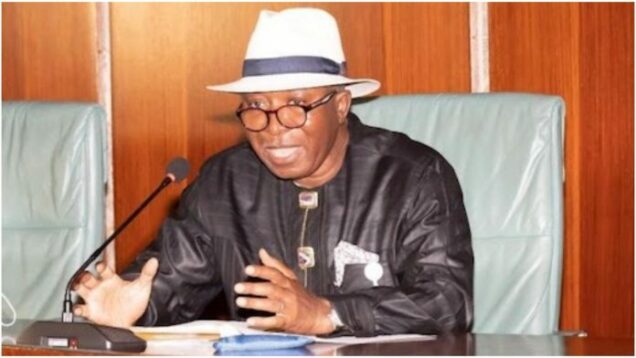 President Muhammadu Buhari has approved the renewal of the appointment of Colonel Milland Dixon Dikio (Rtd) as Interim Administrator of the Presidential Amnesty Programme for another one-year tenure.

According to a statement signed by Femi Adesina, Special Adviser to the President (Media and Publicity), Col. Dikio was first appointed in August 2020. “He has, despite the challenges, been able to command widespread respect amongst the various stakeholders in the Niger Delta.”

Dikio hails from Mbiama in Ahoada West Local Government Area of Rivers State. After his education at Baptist High School, Port Harcourt in 1975, he was admitted into Nigerian Defence Academy (NDA) 21st Regular Combatant Course. He was appointed the Academy Cadets Adjutant in recognition of his leadership qualities.

He was posted to the elite Nigerian Army Armored Corps on commission as a Second Lieutenant effective on 3 January 1977. Dikio held command, diplomatic, staff and teaching appointments. He was decorated with ECOMOG, OAU and UN Peacekeeping medals. His conflict resolution credentials were, according to a report by TVC, honed and tested during his numerous field engagements and policy advisory roles at both local and international levels. His flair for language enables him to communicate effectively in whatever environment he is deployed.

He voluntarily retired in the rank of Colonel in July 2004. Buhari appointed him as Amnesty boss on 26 August 2020.