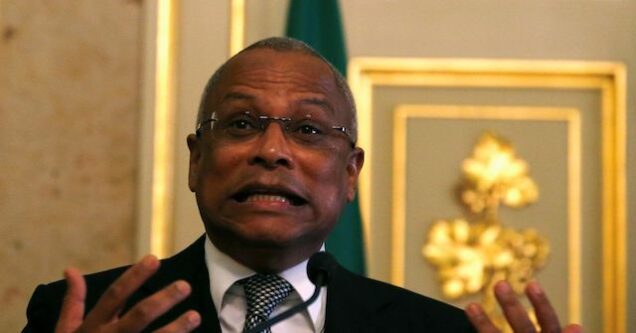 Seven candidates vied in Sunday’s election to replace Jorge Carlo Fonseca, who has reached the end of his two-term limit.

The winner will be charged with stabilising the tourism-driven economy after the ravages of the COVID-19 pandemic.

Neves had over 51% of the vote compared to less than 43% for Veiga, who represents Fonseca’s party, according to official results from more than 91% of nearly 1,300 polling stations.

The first-place finisher must secure more than 50% to avoid a second-round run-off.

Provisional results must be certified by the national electoral commission in the coming days.

Neves, of the leftist African Party for the Independence of Cape Verde (PAICV), served as prime minister from 2001 to 2016.

The economy was the dominant issue of the campaign. It contracted 14% in 2020 as border closures caused by the pandemic cut off Cape Verde’s beaches and mountains from tourists.

It is expected to bounce back this year with growth of nearly 6%.

“In the last two years we have had complicated moments with the pandemic,” said Daniel Ferreira, a psychiatrist in the capital Praia, after voting for the 71-year-old Veiga.

“We want to choose a president who can be the arbiter of the system and can contribute to the development of Cape Verde.”

After casting his ballot, Veiga said he was confident of victory.

Neves, 61, told reporters he hoped the country’s institutions would remain impartial despite the MpD’s control of the presidency and parliament.

“The most important thing has already been done. We did the sowing. Let’s wait for Cape Verde to win,” Neves said.

The MpD and PAICV have accounted for all of Cape Verde’s presidents – two apiece – since independence from Portugal in 1975. Democratic presidential elections have been held since 1991.