Harbi Ali, suspect in the murder of British MP Amess to be docked at Old Bailey today 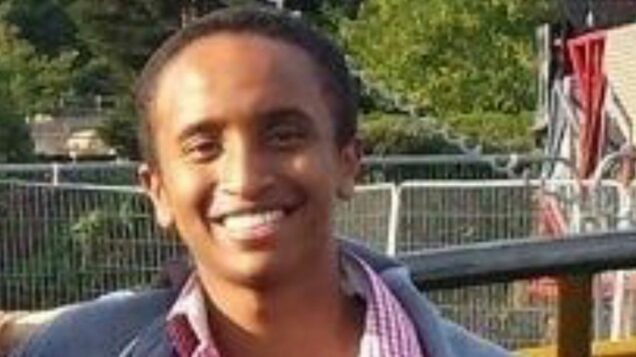 Ali Harbi Ali, the 25 year-old suspect in the murder of British MP David Amess is due to appear at Old Bailey in London today, charged with murder with terrorist connection.

On Thursday, he was docked at the Westminster magistrates court.

Wearing a grey tracksuit and dark-rimmed glasses, he spoke to confirm his name, date of birth and north London address.

“The CPS has authorised charges against Ali Harbi Ali for the murder of MP Sir David Amess on Friday 15 October 2021.

“We will submit to the court that this murder has a terrorist connection, namely that it had both religious and ideological motivations.

“He has also been charged with the preparation of terrorist acts. This follows a review of the evidence gathered by the Metropolitan Police in its investigation.

“The Crown Prosecution Service reminds all concerned that criminal proceedings against Mr Ali are active and that he has the right to a fair trial.”

“It is extremely important there should be no reporting, commentary or sharing of information online which could in any way prejudice these proceedings.

The Guardian reported that prosecutors submitted at the magistrates’ court that Harbi Ali prepared terrorist acts over more than two years.

Prosecutors claimed that Ali Harbi Ali, 25, visited the Houses of Parliament, an MP’s home and another constituency surgery as part of reconnaissance for a potential attack.

He was charged with the murder of the Conservative MP last week and the preparation of terrorist acts.

Prosecutors said Ali was suspected of affiliation to the so-called Islamic State terror group and intended to be shot by officers after killing Amess.

The prosecutor, James Cable, said it was the prosecution case that Ali made an appointment to speak to Amess during his regular constituency surgery with the intention of murdering him on 15 October.

He was told he was being charged with murder and preparation of terrorist acts. Cable told the court that the terror charge was an “associated charge to the murder”.

He was accused of “engaging in reconnaissance of locations of targets to attack, including addresses associated with members of parliament and the Houses of Parliament, and engaging in internet research relating to targets to attack” between 1 May 2019 and 28 September 2021.

The chief magistrate, Paul Goldspring, said the severity of the allegations meant it was not within his power to grant bail and told Ali he was to be remanded in custody and sent to the central criminal court for trial.

Ali’s lawyer, Kevin Toomey, was not asked to indicate how his client intended to plead during Thursday’s 13-minute hearing.

Amess was stabbed to death at a surgery for his constituents in a church in Leigh-on-Sea, Essex, on Friday last week. The killing triggered a review of MPs’ security.