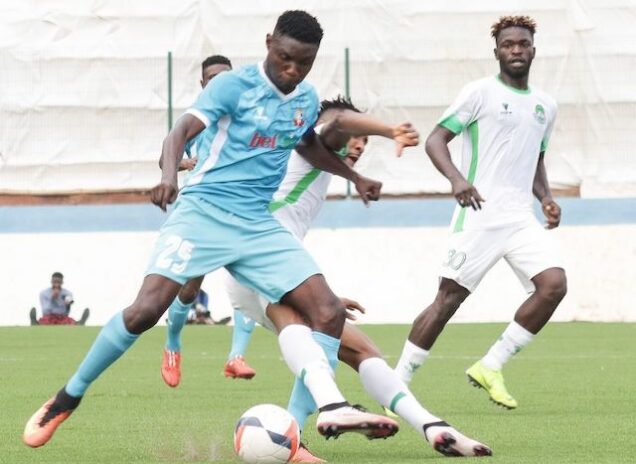 They were held RSFC) to a 0-0 draw by Nasarawa United at the Remo Stars Stadium, Ikenne-Remo in Matchday three (3) of the Nigeria Professional Football League (NPFL).

Head Coach of the hosts, Gbenga Ogunbote made three changes to his side that defeated Heartland FC 3-0 in the Matchday two.

The hosts dominated the majority of the match but lacked the cutting edge in attack, while the best chance came in the sixty-seventh minute through Tochukwu Michael.

The result sees the Sky Blue Stars remain top of the league going into the new year with 7 points ahead of Akwa United and Rivers United who are equal on points but adrift with goal difference.

Next for Remo Stars is a trip to Akwa Ibom on the 2nd of January 2022 to face Dakkada FC who are currently fourteenth on the log with three points.

Remo Stars had made a start to the season with a 2-0 defeat of hosts MFM FC of Lagos on Match Day 1.

They followed up with a 3-0 hammering of Heartland FC on Match Day 2 at home to make the next fixture look an easy win.

However, they are holding on to the league leadership with seven points from three matches, though they lead on goals difference ahead of Akwa United.

The defending champions are also on seven points, after beating visiting Gombe United 1-0 in Uyo.

In third place on the log are Rivers United of Port Harcourt who earned the day’s best result to move up after beating hosts Enyimba International 1-0 in Aba.

Enyimba were in second place before Wednesday, after two wins from two games, but they have now dropped into fifth place after the home loss and below Kwara United.

The Ilorin side beat visiting Wikki Tourists 1-0 to stay above Enyimba on goals difference.

All the scores on MatchDay 3: 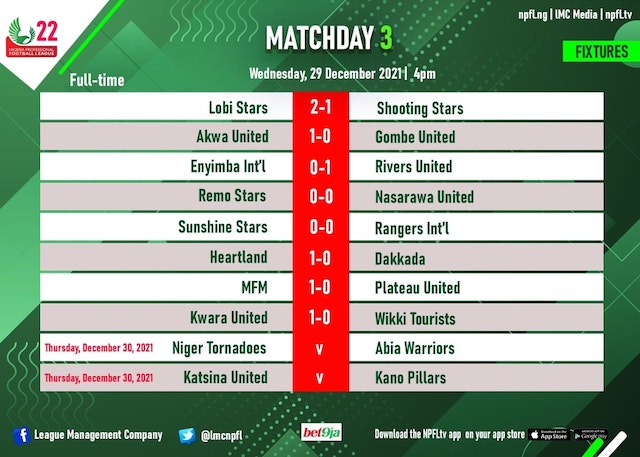 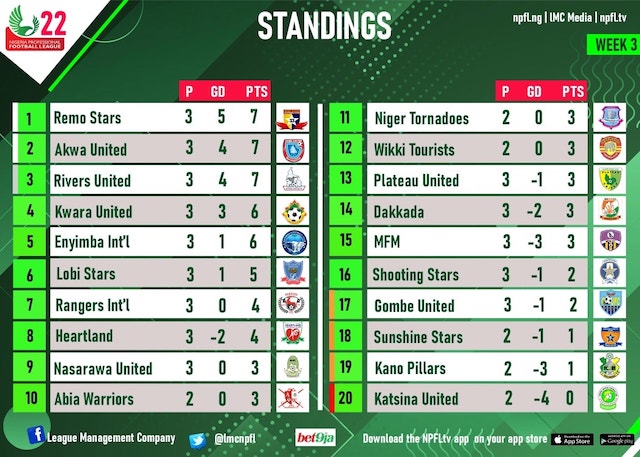