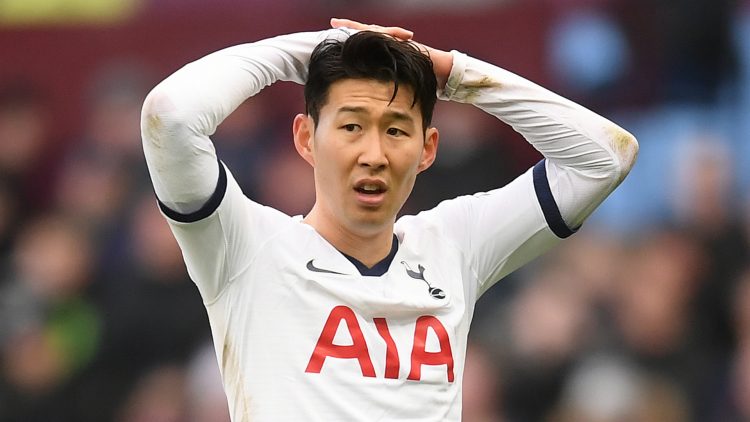 Tottenham have been rocked by news that Son Heung Min has been ruled out until the end of the month with an injury.

The South Korean, the club’s top goalscorer in the English Premier League (EPL) this season, picked up a muscle problem in Wednesday’s League Cup semi-final first-leg defeat at Chelsea.

He had a scan on Thursday.

Manager Antonio Conte does not expect him to be fit before the international break at the end of the month, which rules him out of crucial games.

After Spurs take on Morecambe in the FA Cup on Sunday, they play Chelsea in the League Cup semi-final second leg.

They then host Arsenal in the Premier League and close this cycle of games with back-to-back league trips to Leicester City and Chelsea.

Conte said: “It was a strange situation. Because, against Chelsea, I made two substitutions together. With Lucas Moura and then Son.

“But they were not for injury, the substitutions, but only to try to give them a bit of rest, 15 minutes of rest.

“Then the day after, he felt a bit of pain in his muscle, in his leg. He had a scan and now we have to make the right evaluation from the doctors.

“He has an injury. I don’t know, but probably he will stay without training sessions until the end of this cycle, for the international break.”

Son has been Tottenham’s leading player this season, and his absence will be a big blow for Spurs.