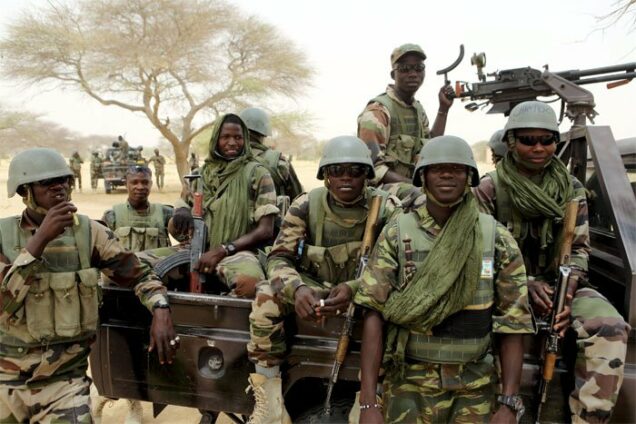 The troops dealt with the terrorists while they were attempting to infiltrate the ancient town of Biu in Borno.

The Director, Army Public Relations, Brig.-Gen. Onyema Nwachukwu, in a statement on Sunday, said the terrorists were annihilated by troops of 231 Battalion and 331 Artillery Regiment under Sector 2.

Nwachukwu said the criminal elements met their waterloo, when the gallant troops swiftly routed them in a failed incursion at Maina Hari village in Biu on Saturday.

He said the troops unleashed superior fire power on the terrorists, neutralising five of the terrorists, compelling others to withdraw in disarray in the intense battle.

According to him, the gallant troops also captured from the terrorists, one gun truck, one Deshka M Anti Aircraft Gun, one HK 21 Machine Gun, one Rocket Propelled Grenade Bomb, 137 rounds of 12.7mm Anti-Aircraft Rounds amongst others.

“Troops are currently in pursuit of the fleeing terrorists,” he said.