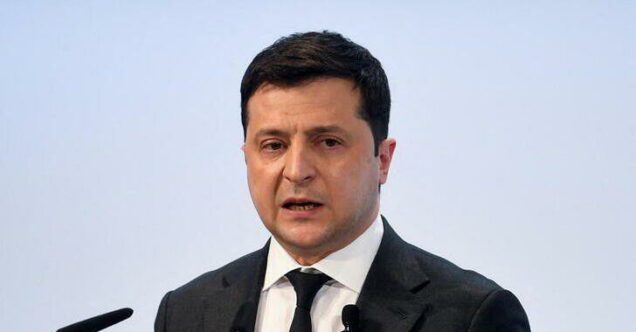 A top Ukrainian official revealed on Tuesday that a Russian plot to assassinate President Volodymyr Zelenskiy was leaked by individuals from Russia’s Federal Security Service who are not in favour of war.

Ukrainian National Security and Defense Council chief Oleksiy Danilov disclosed that Ukrainian forces have aborted the plan according to a Telegram post.

Danilov spoke during a briefing in Kyiv.

Danilov said the Kadyrovites — which is made up of elite Chechen special forces, according to Axios — had a plot to “eliminate our president.”

“We are well aware of the special operation that was to take place directly by the Kadyrovites to eliminate our president,” Danilov said, according to the Telegram post translated by Axios.

He added that the Kadyrovites group that was behind the assassination plot was split into two — one was destroyed in Gostomel and the other is “under fire,” according to Axios.

News of the alleged assassination plot came on the sixth day of the Russian invasion in Ukraine, which began last week when Russian President Vladimir Putin ordered a military operation into the former Soviet state.

Moscow’s forces have attacked a number of cities, but fierce Ukrainian resistance from the military and armed, private citizens has slowed their efforts.