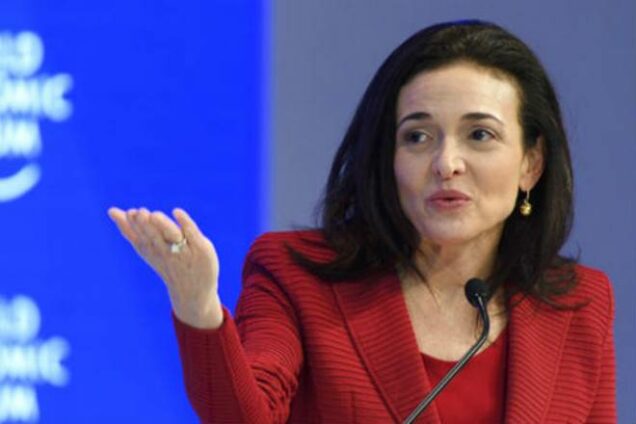 Sheryl Sandberg, the Chief Operating Officer at Meta (Facebook) and right-hand man to Mark Zuckerberg, has announced that she is stepping down from her long-time position.

She explained that she had hoped to work at the social networking giant for five years. Although Sandberg will officially leave Meta later this fall, she will remain on the company’s board.⁠

Her statement read in part; “Today, I am sharing the news that after 14 years, I will be leaving Meta.
When I first met Mark, I was not really looking for a new job – and I could have never predicted how meeting him would change my life. We were at a holiday party at Daniel L Rosensweig’s house.

“I was introduced to Mark as I walked in the door, and we started talking about his vision for Facebook. I had tried Facebook, as it was first called, but still thought the internet was a largely anonymous place to search for funny pictures.

“Mark’s belief that people would put their real selves online to connect with other people was so mesmerizing that we stood by that door and talked for the rest of the night. I told Dan later that I got a new life at that party but never got a single drink, so he owed me one.

“Many months later, after countless – and I mean countless – dinners and conversations with Mark, he offered me this job. It was chaotic at first. I would schedule a meeting with an engineer for nine o’clock only to find that they would not show up.

“They assumed I meant nine p.m., because who would come to work at nine a.m.? We had some ads, but they were not performing well, and most advertisers I met wanted to take over our homepage like The Incredible Hulk movie had on MySpace.

“One was so angry when I said no to her homepage idea that she slammed her fist on the table, walked out of the room, and never returned. That first summer, Mark realized that he had never had a chance to travel, so he went away for a month, leaving me and Matt Cohler in charge without a ton of direction and almost no ability to contact him. It seemed crazy – but it was a display of trust I have never forgotten.

“When I was considering joining Facebook, my late husband, Dave, counselled me not to jump in and immediately try to resolve every substantive issue with Mark, as we would face so many over time. Instead, I should set up the right process with him.

“So, on the way in, I asked Mark for three things – that we would sit next to each other, that he would meet with me one-on-one every week, and that in those meetings he would give me honest feedback when he thought I messed something up.

“Mark said yes to all three but added that the feedback would have to be mutual. To this day, he has kept those promises. We still sit together (OK, not through COVID), and meet one-on-one every week, and the feedback is immediate and real.

“Sitting by Mark’s side for these 14 years has been the honour and privilege of a lifetime. Mark is a true visionary and a caring leader. He sometimes says that we grew up together, and we have.

“He was just 23 and I was already 38 when we met, but together we have been through the massive ups and downs of running this company, as well as his marriage to the magnificent Priscilla, the sorrow of their miscarriages and the joy of their childbirths, the sudden loss of Dave, my engagement to Tom, and so much more.

In the critical moments of my life, in the highest highs and in the depths of true lows, I have never had to turn to Mark, because he was already there”.