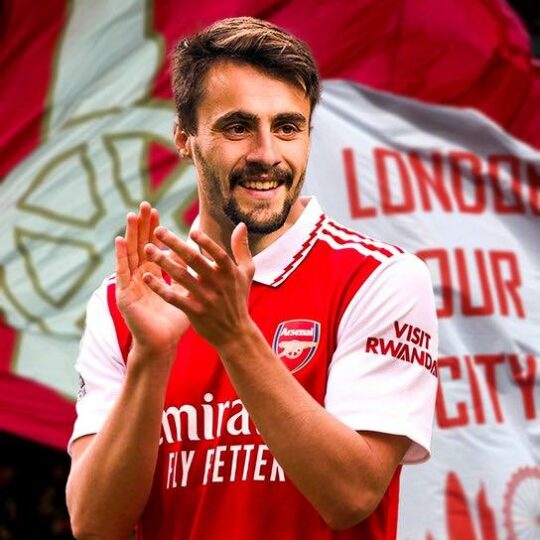 He has promised to “work, work, work” for the Gunners.

The signing of the Portuguese — nicknamed El Maestro Del Pase, the Goal Assist Master, in his homeland after racking up 16 assists for Porto last season — was confirmed by the Gunners on Friday.

Vieira said: “I was always happy at Porto but this chance is important for any professional.

Super-agent Jorge Mendes brokered the deal between Arsenal and Porto, with 22-year-old Vieira putting pen to paper on a five-year contract at the Emirates.

The player, who had also attracted interest from Liverpool and Leicester, had been holidaying on the Greek island of Mykonos but flew to London to complete his medical and the paperwork.

Arsenal will pay £30m upfront with a further £4m in performance-related add-ons. Porto announced an agreement had been struck between the two clubs on Friday.