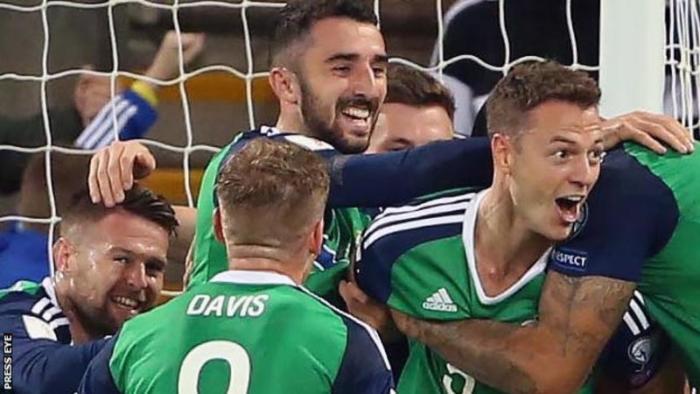 Defender Jonny Evans headed the hosts in front before his West Bromwich Albion team-mate Chris Brunt fired in a superb free-kick before the interval.

Northern Ireland, who have now won five matches in a row for the first time, still have to face Germany and Norway.

Eight of the nine European group runners-up will make the play-offs.

Leaders Germany look almost certain to top Group C after hammering Norway 6-0, and their goal difference means they could only surrender top spot if they lose their last two games to Northern Ireland and Azerbaijan.

Michael O’Neill’s side are five points behind the world champions but in a good position to progress to the November play-offs.

This victory could also prove crucial in maintaining a high position in the October Fifa rankings, which will decide the four highest-ranked second-placed teams who will be kept apart in the play-off draw.

Northern Ireland are aiming to reach their first World Cup finals since 1986 and compete in successive major tournaments for the first time in their history.