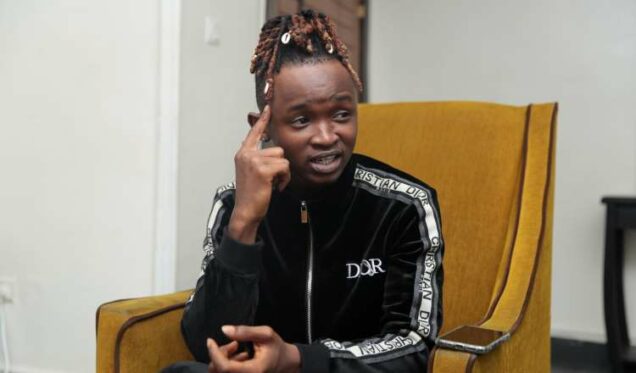 Obama DMW who was a close aide of Nigerian singer, Davido died of suspected heart failure on Tuesday, June 29, 2021, after he complained of breathing issues.

Obama died at Ever Care Hospital in Lekki where he went to complain of breathing difficulties. He was admitted to the hospital but died a few hours later.

Reacting to his death in an exclusive interview with PM News, Ayanfe said Obama’s death made him realize how important it is to love due to the amount of love he got from him while he was alive.

Ayanfe who centered his latest project “All That Matters EP” around love said it’s important to learn how to gratify love.

In his words; “Majorly, when Obama passed, it just made me realise that if there’s no love everything will be worthless because if he has not shown me some amount of love while he was alive, I don’t feel like I will miss him this much the way I miss him now.

When asked how close he was to the late label boss, he said, “That’s my guy, it’s not a question you can ask, you can’t ask how close I am, that’s my Godfather, he was my Mentor.

“He was not the person you guys see on the social media, that’s not who he is, when you are not close to someone you won’t actually really know who they are, forget their social media stuff you guys see, he’s a loving man, he’s crazy about his passion for anything he wants to do. Best guy ever you know, he’s strong, nice, kind, humble

“His death affected me, even mentally. A lot of aspects someone as close as him, we were literally almost together every time, so imagine me being bored, and I don’t want to go anywhere if I am bored most times I am at his place. The advice he gives to me, some kind of conversations we had, I can’t experience that anymore.

He still lives in my heart. It is life, every step would only take you closer to either your breakthrough or your death so you have to keep moving and keep praying,” he added.

Born in Lagos, Obama DMW has been in entertainment before he linked up with Davido.

Then he later founded Obama Music Worldwide; an affiliate brand to Davido Music Worldwide, with a mission to uplift upcoming artists, showcase talents and spread African music all over the diaspora.

Ayanfe is his first talent signed officially to OMW.