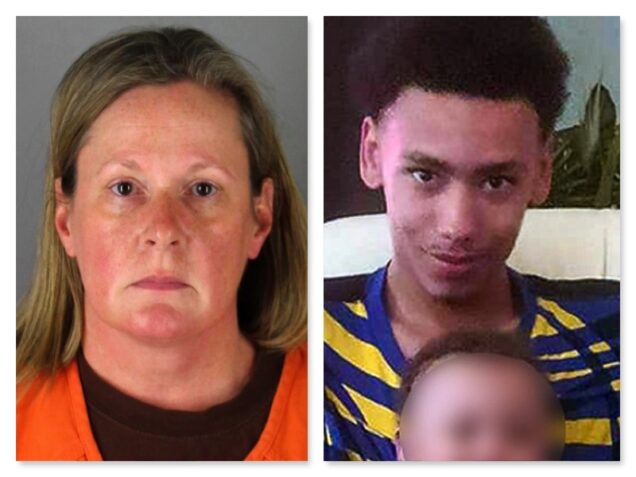 The lawyers said the guilty verdict brought a measure of accountability for an “unnecessary and overreaching tragic traffic stop” that led to Wright’s death.

“That day will remain a traumatic one for this family and yet another example for America of why we desperately need change in policing, training and protocols,” the lawyers said in a statement.

The lawyers spoke after the verdict on Thursday.

A 12-member jury declared Potter, 49, guilty of first-degree and second-degree manslaughter in the death of the 20-year-old Wright, whom she killed in the Minneapolis suburb of Brooklyn Center on April 11 with a bullet to the chest.

Potter, who broke down last week on the stand as she testified to her remorse for the shooting, showed little emotion as Judge Regina Chu read the verdict and polled the jury.

Potter was taken away in handcuffs after Chu rejected her attorney’s plea for her to be allowed to spend Christmas with family.

“I am going to require that she be taken into custody and held without bail,” Chu said. “I cannot treat this case any differently than any other case.”

It happened just a few miles north of where Derek Chauvin, a former Minneapolis police officer, was at the same time standing trial for killing George Floyd, a Black man whose 2020 death during an arrest had set off protests in U.S. cities over racism and police brutality.

Chauvin was convicted of murder. Both he and Potter are white.

Caught on Potter’s body-worn camera, the basic facts of the incident were for the most part not in dispute.

Both prosecutors and the defense attorneys agreed that Potter mistakenly drew the wrong weapon and never meant to kill Wright.

At issue was whether the jury would find her actions to be reckless in violation of the state’s manslaughter statutes, or chalk up the incident to a tragic mistake that did not warrant criminal liability.

The jury, which agreed on the lesser charge on Tuesday and took two additional days to reach consensus on first-degree manslaughter, went against the expectations of some legal experts who predicted an acquittal or deadlock resulting in mistrial.